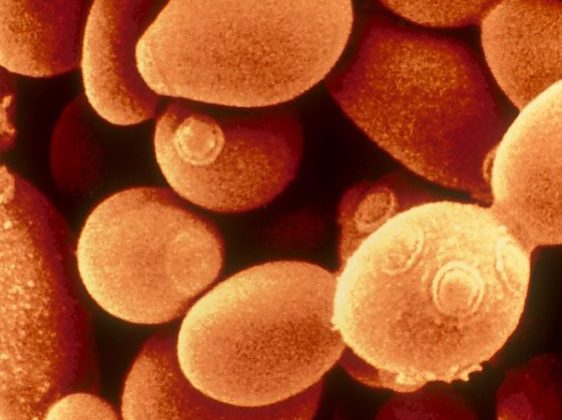 Garzanti Specialties and Ohly for Feed and Pet Food markets

Reducing the usage of antibiotics in animals has undoubtedly been one of the hot topics in recent years.
In order to ensure excellent yields, and avoid problems linked to bacterial and viral infections, the most common practice until just a few years ago was to rely on antibiotics. This inevitably led to an overuse of these drugs and an emergence of serious consequences that had not been considered sufficiently – most importantly antibiotic resistance.
Growing consumer awareness of these issues, combined with legislative pressure to reduce the use of antibiotics, has led the sector to undertake research into viable alternative solutions to counteract the physiological problems typical in livestock and pets, without having to resort to antibiotics.

Solutions on the market today are in the form of Mannan-oligosaccharides (MOS) and β-Glucans: two naturally derived polysaccharides with proven beneficial properties for animal health.
Multiple scientific journals have demonstrated the benefits of these products on the physiological state of animals, demonstrating how yeast cell wall supplements improve their performance in terms of both average yield and feed conversion rates.

In collaboration with Ohly, one of the world’s leaders in functional yeast derivatives, Garzanti Specialties makes these products available in Italy for both the pet and the animal feed markets.
Let’s go into the details behind how these products are made allowing us to recognise the key factors that lie behind a truly quality product.

Traditionally, yeast cell walls were a by-product of the production of yeast extract.
Active yeast cells will lyse from the yeast enzymes when subjected to high temperature (AUTOLYSIS) or the addition of other enzymes (HYDROLYSIS). Once the lysis process is complete, the yeast extract (the intracellular soluble fraction) and the cell walls are separated by centrifugation before being dried.

At first, the effects of cell walls on the physiological welfare of animals was unknown. They were sold off at very low prices in liquid form because of their high protein content (20/30%), or were used as appetising stimulants, especially for pigs.
Only later, upon the discovery of their enormous functional value, did companies start to dry the product (increasing shelf life from around seven days to more than two years) and specialise in the concentration of MOS or β-Glucans.

How to recognise a quality product

The growing awareness of yeast cell wall derivatives as valuable tools to reduce the use of antibiotics in animals has led to a sharp increase in demand for these products on the market.
Many suppliers use of spent yeast from breweries, distilleries or bioethanol plants for the production of yeast cell walls and its derivatives. Raw materials that allow low prices, but in some cases can compromise the quality of the final product.
However, when looking for quality, the raw materials used is just one of the many aspects that need to be taken into consideration.
Yeast cell walls contain three main polysaccharides: Mannan-oligosaccharides (MOS), β-Glucans and Chitin. For a long time it was thought that the cell walls had a relatively static structure with limited changes in composition.

The reality is quite different: they are actually characterised by their heterogeneity, both in composition and structure. These two aspects, along with the raw material used become fundamental in distinguishing highly functional products, and consequently in obtaining the best results in the animals.
This strong heterogeneity between one product and another, both in terms of the composition (Mannans 25-70%, β-glucans 30-60% and Chitin 1-8%) and cell wall structure, is the reason why different end results are often observed in animals, despite the use of products that were considered to be similar.
This variability is mainly determined by the following factors:

In spite of the difference in production complexity favouring autolysis, the reality is the industry is increasingly turning to hydrolysis.
This process is used during the production of yeast extracts with a high nucleotide content (which are increasingly in demand). In addition, the use of spent yeast from bioethanol plants as the raw material for obtaining the cell walls, requires the addition of Exogenous proteases to lysate the cell wall as the yeast enzymes have been deactivated during the prior production process of bioethanol.
With exogenous enzyme supplementation, not only is yeast lysis obtained, but also hydrolysis occurs of the mannoproteins present on the outside of the yeast, which become soluble but don’t pass with the centrifugation into the yeast cell walls. MOS levels in hydrolysed cell walls is about 50% lower than levels obtained through autolysis.
The yeast cell walls are spheres, and therefore the functional carbohydrates present on the outside determine its functionality.

As mentioned, yeast extracts also play an important functional role in supporting young or stressed animals as well as being used as an appetite stimulant.
We’ll now take a look at the main uses of yeast-derived products.

Mannan-oligosaccharides play an important role in maintaining intestinal well-being and counteracting intestinal tract disorders.
They bind to intestinal pathogens such as Salmonella, E.coli as well as Clostridia and their intestinal receptors.

In this way, they help to prevent bacterial colonisation, counteracting disorders that could lead to diarrhoea.

Functional polysaccharides that act on the modulation of the non-specific immune response, delivering a positive influence on animal health and production.
Principally owing to the activation of phagocytes, which make it easier to overcome bacterial infections and increase the antibody titer after vaccinations. Owing to their molecular composition, yeast β-Glucans are known to be the most effective for immunomodulation.

Nucleotides are considered semi-essential nutrients: rapid-growing, sick or stressed animals do not have a sufficient endogenous production capacity for all nucleotides necessary to promote cell growth.
The inclusion of nucleotides in feed has therefore been shown to have a significant impact on the growth and feed conversion of animals (especially in the early weeks of life) by boosting intestinal maturation and the immune system.

Yeast extracts are often used to increase the palatability of feed or functional products, including medicated products. This effect is guaranteed by the presence of nitrogen compounds, useful also with Maillard reaction products along with free amino acids and small peptides.

OHLY, part of the British ABF group, has a history dating back to 1836. It is now one of the leading producers of yeast derivatives and pays particular focus on continuous research into improving the quality and functionality of its solutions.
All Ohly products are derived from the finest quality baker’s yeast culture, Saccharomyces cerevisiae.

After having first collaborated in the food sector, Garzanti Specialties has now widened its synergy with Ohly into the animal feed and pet food sectors enhancing the market affinity of these products.

The product therefore consists of a mix of (1,3)(1,6)-β-D-Glucans (27 ± 4%) and MOS (18 ± 4%). The two functional polysaccharides that make up the product have beneficial effects on animal health, also improving productivity and are particularly useful in periods of high stress.

FUNCTION: binds mycotoxins, supports the immune system and activates macrophages. It also binds to and limits the colonization of intestinal pathogens.

FUNCTION:  It binds to intestinal pathogens such as Salmonella, E. coli and Clostridia spp, thus preventing their colonization of the intestinal tract.

FUNCTION: modulates non-specific immune responses and general health, activating macrophages to overcome bacterial infections and increasing the antibody titres after vaccination. Perfect for use in periods of high stress. The (1,3) (1,6) β-D-Glucans also have the ability to bind some mycotoxins, such as zearalenone and ochratoxin.

It is a complete source of Nucleotides (CMP, GMP, IMP and UMP).

FUNCTION: their use improves the feed conversion ratio and performance of the animals.
Nucleotides are in fact semi-essential nutrients whose availability can be a limiting factor for growth due to an inability to produce them through biosynthesis especially in certain situations:
– in the juvenile phases where cells are rapidly dividing;
– in specific cellular tissues such as cells of the innate immune system (an important aspect for shrimp) and in cells of the gastro-intestinal tract;
– in stressed or sick animals.

By supplying nucleotides the energy requirement of the animal is reduced allowing it to better bear the stresses and be more resistant to attack by pathogens.

It is a rich source of nutritional nitrogen compounds such as amino acids, amines, small peptides and nucleosides. With an intense roasted meat flavour, it is produced from autolysed yeast and glucose extracts followed by the Maillard’s reaction.

FUNCTION: improves the palatability of feed, masking any undesirable flavours.

For a century we’ve been imagining a better future.

Let’s get something started